IDEA Publics Schools tasked Swng Productions to highlight their 20th anniversary with a high-end television commercial that would premiere in local markets during Super Bowl 2020.

IDEA came to us with an idea of highlighting different aspects of the classroom that showed the number “20” for their anniversary. Our team created a script based off of the client’s idea and presented them with two additional ideas based off of inspiration we found.

We wanted the commercial to represent the excellence of IDEA’s program and meet a level of production quality that could air seamlessly during the Super Bowl. We chose to incorporate IDEA’s core values in the voice over script: “Give 100% Every Day”, “No Excuses”, and “We Sweat the Small Stuff!” They hit the right tone for a high energy, fast-paced commercial.

The IDEA team loved the options we presented and chose Swng to produce their commercial.

Moving into pre-production and production, we knew we wanted to work with Morgan and Nick of CamLock Films as the director and DP for this project. We partnered with CamLock because of their experience with high-quality commercials and exceptional professionalism.

Morgan and Nick took our treatment and inspiration, and made a demo cut for the client. The demo cut consisted of a scratch VO recorded by Nick of the script (which ended up being the final VO) and stock footage we found online. This valuable demo cut not only helped the client visualize the commercial and understand the pacing, it informed our shot list and schedule at the school.

On the day of production, we woke up to terrible thunderstorms and had to rework our schedule on-site. In addition to the weather, the school was in the middle of state testing, and our time in certain parts of the school was limited. Thankfully, our pre-production planning set us up for success. We were able to move outdoor scenes inside and create a new schedule that worked with the all the moving parts.

With two camera teams, a dedicated G&E team, and our two producers who were able to navigate the schedule with the client, we wrapped ahead of schedule!

Shortly after completing production for the Super Bowl ad, IDEA approached us with producing and shooting a short documentary. With 3 weeks to plan, shoot, and edit a 3-4 minute documentary, our team went to the Rio Grande Valley headquarters and a school in San Antonio to interview the founders, as well as other key members in the IDEA family. (Stay tuned, this short doc premieres in March.)

At HQ, our editors continued to work on the Super Bowl commercial to get it TV-ready. After a few rounds of revisions, and getting approval from the major stakeholders, we ended up with the final product. 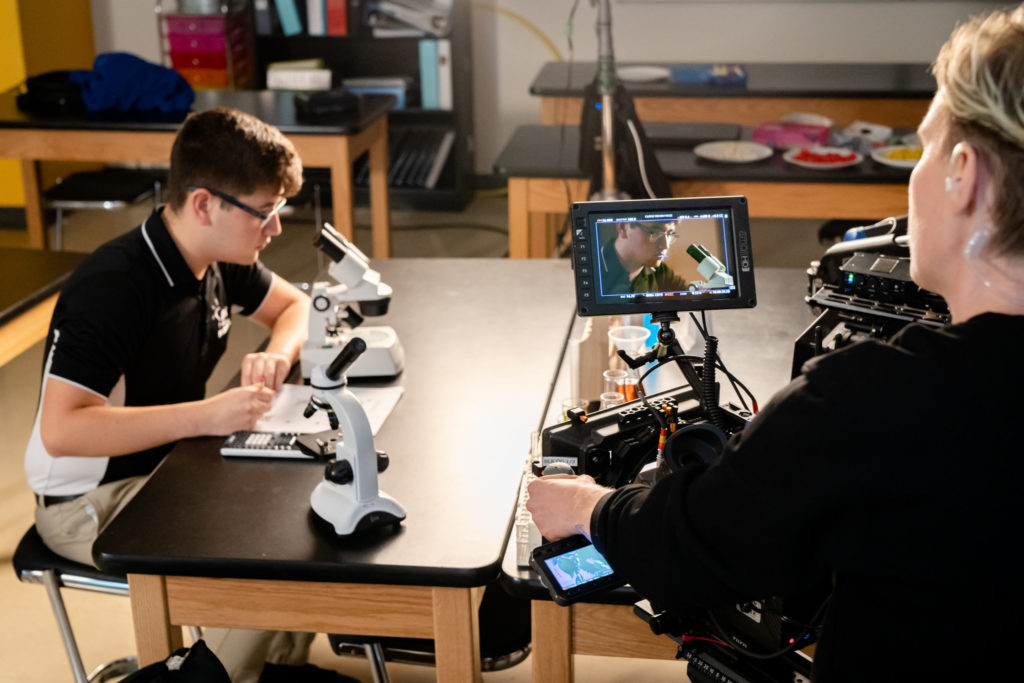 A huge thanks goes out to the team who helped us create this amazing commercial. Without y’all, it wouldn’t have been possible!